No visit to Pitt Island is complete unless you also visit Glory and see the restored Heritage New Zealand Category 2 building known as the Glory Cottage in its idyllic setting. 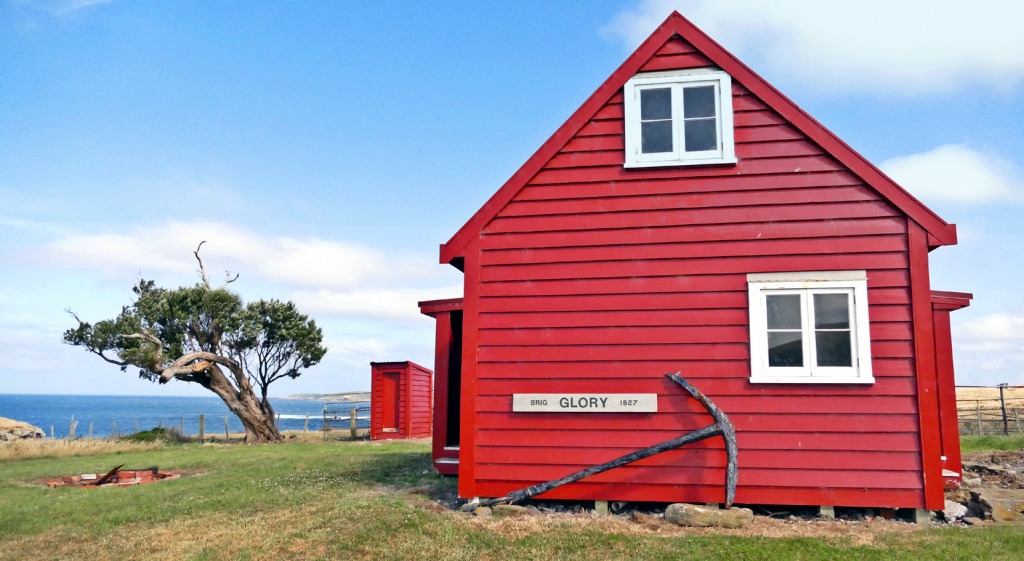 Glory Bay itself is named after a brig that was wrecked there back in 1827. The shipwreck was the catalyst for one of New Zealand’s epic feats of maritime achievement, although possibly its least well known.

On the 15th of January,1827 the 100 ton sealing brig ‘Glory’ hit a rock between South east Island and Pitt Island. A nearby Schooner, the Samuel, helped pull her off and the captain then instructed the crew to run her ashore to either repair her or to at least salvage the sails, rigging and cargo.

They never made it all the way in to the bay, instead, foundering on what is now known as the Glory reef.

The crew salvaged what they could and made it ashore. They had managed to save one of the ship’s boats and it was this that was used by the captain and a small crew to sail and row 1280km from Glory Bay, on Pitt Island, to Kororareka (Russell) in the Bay of Islands for help. They raised the alarm and returned with another vessel to rescue the remaining men. The anchor from the Glory can be seen in the image here leaning against the end wall of the old shepherds hut (1860s) at Glory.

The 1280 km voyage, in an open boat, is one of New Zealand’s most epic maritime survival stories.

In the early 1860s, the Glory Cottage was constructed to house shepherds working at the southern end of Pitt Island. It is a wonderful structure, built primarily of New Zealand Kauri with very few nails evident in the original wood work. The shiplap walls, and exposed beams and upper floor are all great examples of superb carpentry skills.